Can Learners’ Lane Filter in Victoria?

This change in legislation is only applicable to motorcycle license holders, and not to those who only possess a learner’s permit. It is an offense for a rider who holds a Learners Permit to Lane Filter. 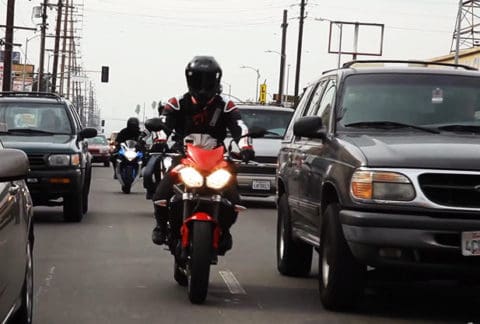 Can I Lane Filter at any speed?

Lane Filtering and passing traffic at speeds over 30 km/h, is still illegal and carries certain penalties, as it poses potential hazards to not only the motorcyclist, but others around them due to unpredictability at higher speeds.

Lane filtering is only permissible if certain conditions on the road are met; such as if you are passing between moving or stationary traffic and a parked car, or another moving vehicle in the same directions; but only if it is safe to do so.

There is no one in the Bike lane, Can I use it?

Motorcyclists are still prohibited from using bicycle lanes or boxes to pass traffic, or to pass when between traffic and an adjacent kerb.

Further limits regarding lane filtering include only practising it when it can be done safely, and only unless if it’s not otherwise marked. If a motorcyclist or scooter rider attempts to practise lane filtering between adjacent traffic and oncoming traffic, however, then it is still illegal, as it poses a hazard to the vehicle being passed, the rider, and the person or persons in the oncoming lane.

What about Lane Filtering Near a School Zone?

It is still illegal, however, for any scooter rider or motorcyclist to lane filter in school zones during school zone hours, which could pose a hazard to road users, as well as pedestrians nearby.

During the revision of the law, other factors such as Australian and international lane filtering research, approaches to, and safety of filtering were taken into account, as well as the findings during the test; all of which led to the conclusion that lane filtering can reduce some traffic congestion, and if done properly, can be practised safely. 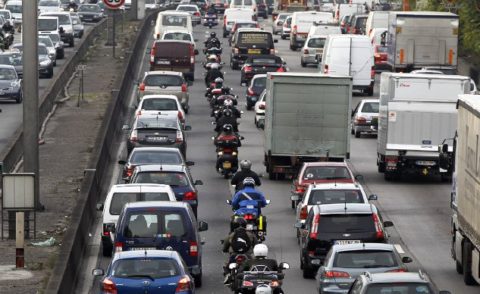 During a two month period of study, various groups including the NSW police force, the City of Sydney Council, and the Roads and Maritime Servies, working with the Motorcycle Council of NSW and NSW Motorcycle Alliance measured the safety of lane filtering, and found that there were no reported crashes during the test.

During the test, in the Central Business District, it was also found that in short distances, the travel times of motorcyclists and scooter riders were also decreased. The revised law only allows motorcyclists to pass traffic if their speed is under 30 km/h and certain safety precautions are met.

After the revision was made, a campaign to bring about awareness to the change was made to educate all road users regarding the difference between lane filtering and Filtering, how filtering can be done safely for everyone, and possibly most importantly, the need of others to be aware of motorcyclists that may be lane filtering. 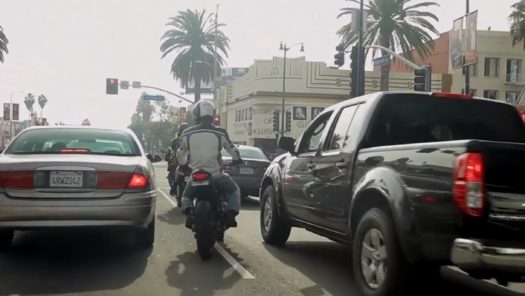